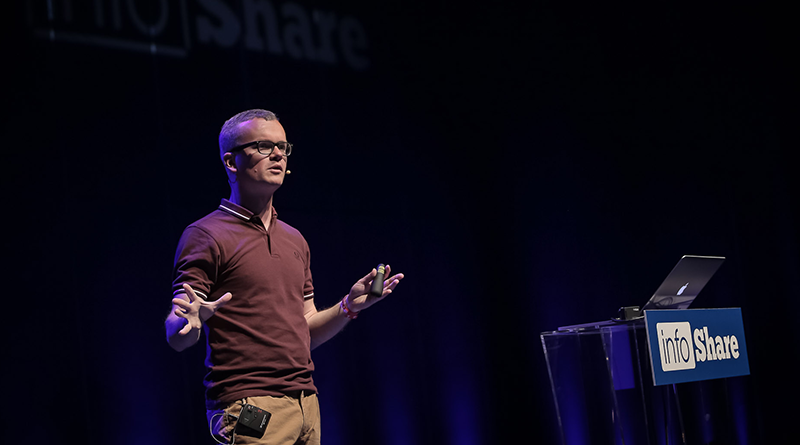 I am happy to announce that the video footage for my caching talk at InfoShare has finally been released. If you can spare 30 minutes and want to learn about caching, have a look.

InfoShare is a really cool tech conference I attended earlier this year. It’s hosted in Gdansk (Poland) and it’s the biggest tech conference in Central and Eastern Europe. The event attracts around 5000 people and is a very vibrant conference.

I was fortunate enough the be invited as a speaker and it was quite honestly a great experience. I already wrote about it in my trip report.

I’m really happy with how this played out:

The InfoShare organizers asked me to do this presentation twice:

This video is the short version which I cleverly named “A touch of C.R.E.A.M.”. I briefly cover the theory of caching and why it is so important in this day and age.

Then I cover a couple of tools I use for caching:

Check out the presentation details on my talks page.