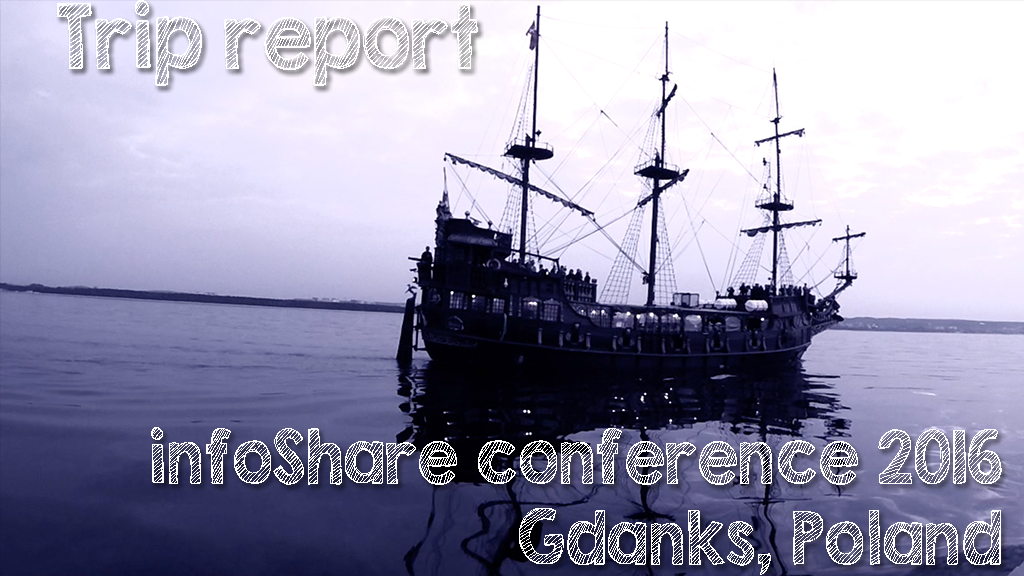 On May 19th 2016 I was invited to speak at the InfoShare Conference in Gdansk (Poland). I had never heard of the event before, but I had very good experiences with previous conferences in Poland. So I was happy to accept the invitation and fly to Gdansk.

InfoShare: bigger than I expected. 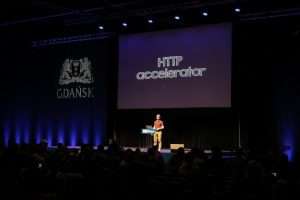 Little did I know that InfoShare is the biggest event in the CEE area with 5000 attendees. Those numbers surely puts them in the top 5 of tech events in Europe. Check out their website for more information about the event.

I was even more excited when I heard that 1000 people (give or take) would be in the room to watch my presentation. That’s the biggest audience I have ever addressed. My previous record was 650. WOW!

To be fair: these numbers don’t make me extra nervous. Once you surpass 100, it doesn’t really matter anymore.

Want to know more? Have a look at the trip report. I covers the flights, the hotel, the conference and the networking events.

They even had pirate boats to get us from Gdansk to the networking party in Sopot. Very impressive!

Check out the video.

C.R.E.A.M.: Cache Rules Everything Around Me

The main reason why I was in Gdansk was to speak. I had 2 back-to-back presentations with only a short lunch break in between.

The first presentation was a short one at the big tech stage. It was called “A Taste Of C.R.E.AM. – Cache Rules Everything Around Me” and served as a teaser for the full version of this talk. The full version was on the Tech Plus stage and took 90 minutes.

Here’s the slide deck for the full version of my C.R.E.A.M. presentation:

I discussed the concept of caching, the reason why you should cache data and some tools for caching. The tools I mentioned are: