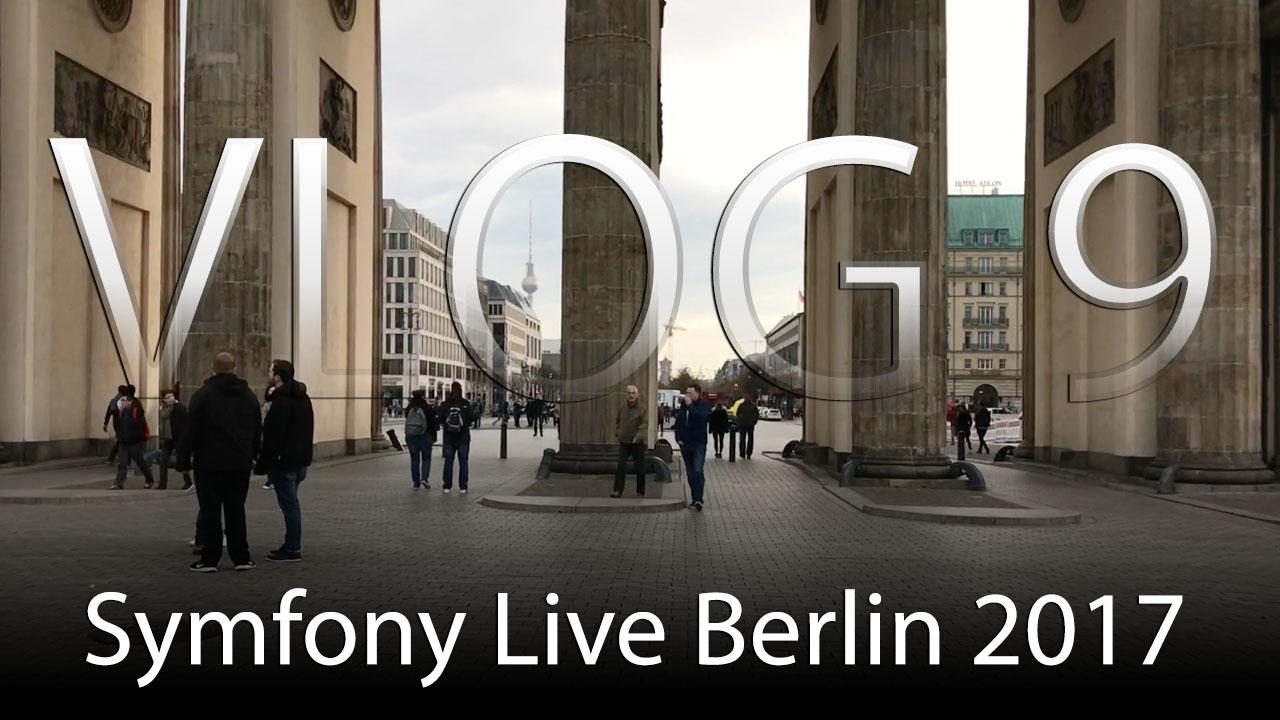 Symfony Live is a series of developer conferences that is organized by SensioLabs, the company behind the Symfony framework. I was invited to speak at the 2017 edition of Symfony Live Berlin. They asked me to do a 6-hour Varnish workshop, and I gladly accepted.

The event took place in the Golden Tulip hotel in Berlin between October 25th and October 27th. Most presentations where in German, but there was a handful of international speakers who presented in English. I was one of them.

I was flown in to do 2 presentations:

The workshop was quite a task for me: never had I done a 6-hour workshop before. Although I was confident about my Varnish skills, the weeks prior to the event were rather stressful to me: was I going to compose 6-hours worth of content? Would it be good enough? Would it be polished enough?

I have to admit that it went well, and I was happy with my performance. But in hindsight, I would change a couple of little things to make it a bit more hands-on.

The workshops focused heavily on built-in behavior, HTTP best practices, and VCL for real-world scenarios. My code samples can be found on https://github.com/ThijsFeryn/varnishtraining.

On Friday I still had one assignment: presenting a 45-minute Cloud Automation talk where I focused on tools like Packer, Ansible, and Terraform.

The attendance was good, so was the vibe. I included some humor and interacted with both sides of the room, which worked well.

It was the first time I presented about these technologies, and it was a great opportunity to practice it. This presentations has since been selected for 2 more international conferences. So I’ll have to finetune it a bit.

As a frequent traveler, I leverage loyalty programs to enhance my travel. It’s no secret that I’m an SPG loyalist. Besides the Marriott partnership, there’s also the Design Hotels partnership.

Design Hotels is a group of hotels where each hotel has its own identity, its own style, and it’s own unique design. These hotels also respect SPG benefits, which means I can enjoy my gold status.

I noticed that Berlin had 4 Design Hotels, and I had a 4-night stay lined up. My little side mission was to review each one.

The first night was spent at the Provocateur Hotel.

The hotel had and “old glamour” vibe going on, but with a naughty touch. I had a bath tub in my room, not in the bathroom, but in the bedroom. I also had a separate bathroom with a nice shower.

The chandelier, the drapes, the red touches, … It was great!

I spent the second night at Cosmo Hotel, located near Spittelmarkt.

This property was a bit more basic, but in a good way: modern, clean, simple. It wasn’t that spectacular, but it sure beats some of the cookie cutter hotels out there.

Hotel Zoo was probably one of classiest hotels. It was located right on Kurfürstendamm, which is premium real estate. The entrance was spectacular, the staff was super professional. The elevator had paparazzi-style light flashes when you entered it.

Although the hotel was very posh, I was a bit disappointed with the room. I checked in early and settled for a twin room with 2 separate beds. Upon talking a walk, the hotel staff asked me if I liked the room. I mentioned the bed, and they immediately put me in a different room with a king-sized bed, and a balcony with a view on Kurfürstendamm. That’s a decent upgrade!

I didn’t think anything could top the Provocateur, or the view of Zoo. But then I saw my room at Sir Savigny. Easily the best room I have ever had!

The check-in procedure was personalized, came with a free drink, and the necessary information. Very relaxing! When I entered the room, I was stunned! The design was flawless, there was also a tub in the room, a really nice shower room.

The craziest feature was the “Call the butcher” bell. When I pressed this button, I was immediately connected with the kitchen where I could order the hotel’s signature burgers.

I also liked the different bathroom amenities and the cool looking robe.

Sir Savigny was definitely my pick of the week. Easily the best hotel! They have a couple of other properties I’ll definitely give a try.

The music in this vlog was by Dyalla. I used the following songs:

Symfony Live was great, I met some old friends, made some new ones. But most importantly: I got the chance to practices some new material and do a 6-hour workshop. The setting for this event and trip was great: Berlin is a brilliant city, the sights were awesome, and I love the history of the city. The hotels weren’t bad either.