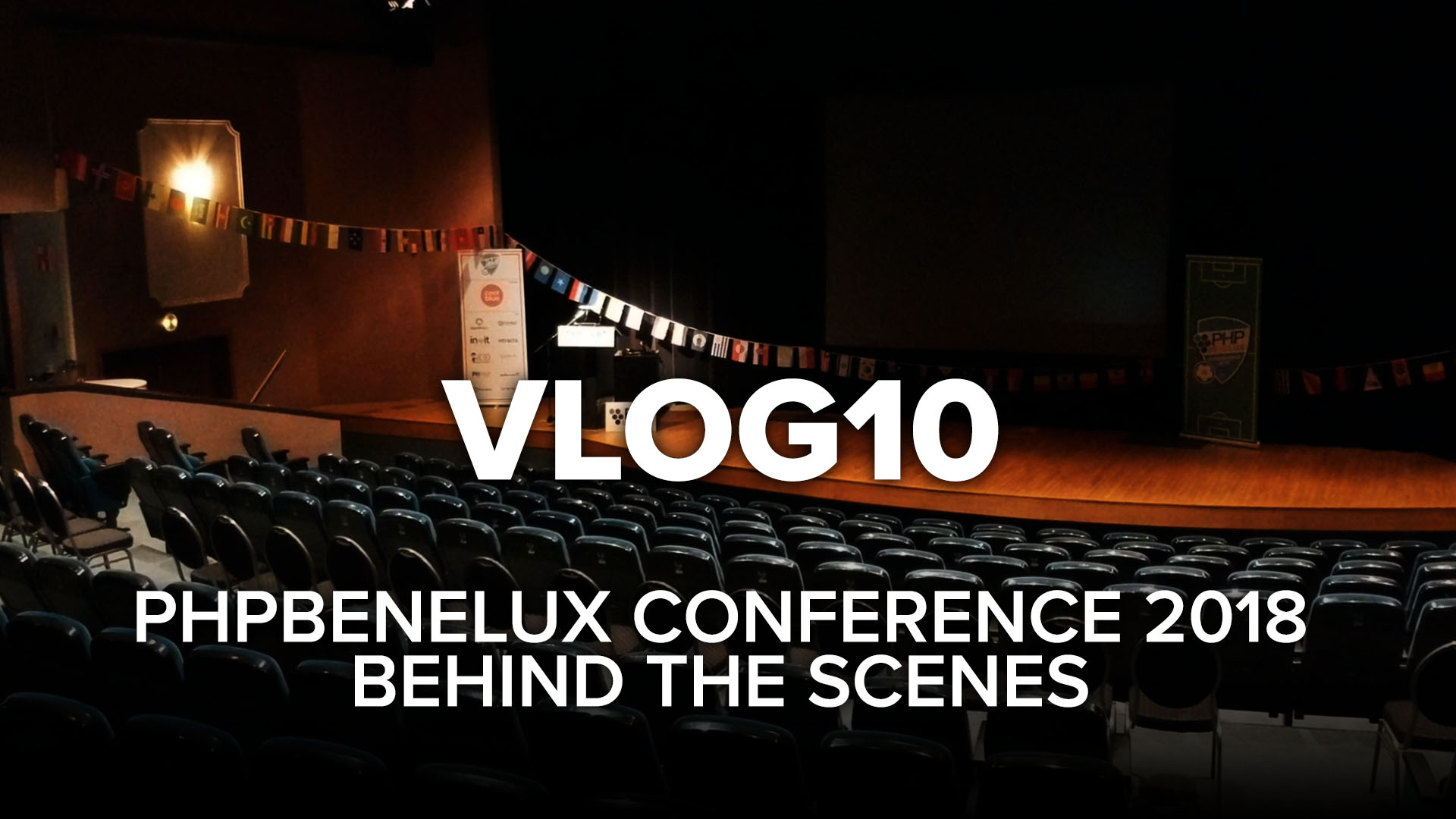 PHPBenelux is the a PHP community that covers Belgium, The Netherlands, and Luxembourg. I was part of the founding team back in 2009 and our mission was to organize a PHP conference. We organized our very first conference in 2010, and continued to do so for the last 9 years.

In episode 10 of the vlog, I’m taking you behind the scenes at PHPBenelux Conference 2018. I’ll show you how we organize the event, and how I personally experience this conference.

Organizing such an event requires lots of dedication and hard work. Luckily, after nine years, you get the hang of it. We’re also quite fortunate to have a good crew, consisting of core crew members, and experienced volunteers. 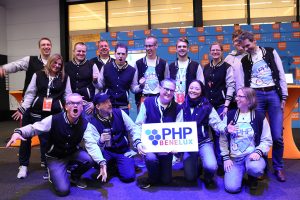 A lot of people were surprised I didn’t stick around for the 10th edition. But why drag it out, when you can end in beauty?

I’m still passionate about PHP, about the community, and about PHPBenelux. I love organizing the event. Unfortunately, I find it increasingly more difficult to motivate myself to bootstrap the kick-off of every new edition.

The last month is great: execution, deadlines, the actual event. The first month is tough: figuring out the concept, identify weak points try to improve them. And because I have so many things going in my life, I’d rather focus on those things now.

I’m still available if the crew needs me, I’ll stil help out with the execution of the event as a volunteer, or alumnus. But I’ll no longer be involved in the actual decision making.

There’s no bad blood, I’m still very friendly with the rest of the crew and it was a pleasure working with them all those years.

In 2019, the PHPBenelux Conference is celebrating its 10th anniversary. I’ll be there, and as a former member, I’ll be just as curious as you!

Closing ceremony for this year's @phpbenelux #PHPBNL18. Thanks for a good weekend. Special thanks to @ThijsFeryn for all work these past years. pic.twitter.com/ZJjk24GiK3

What will the theme be? Which changes will be introduced? How will they decorate the expo? Which gadgets and attractions will be available?

Next year, we’ll figure it out. In the mean time you can enjoy my vlog about the 2018 edition.

Build a private content delivery solution in less than an hour

Build a private content delivery solution in less than an hour