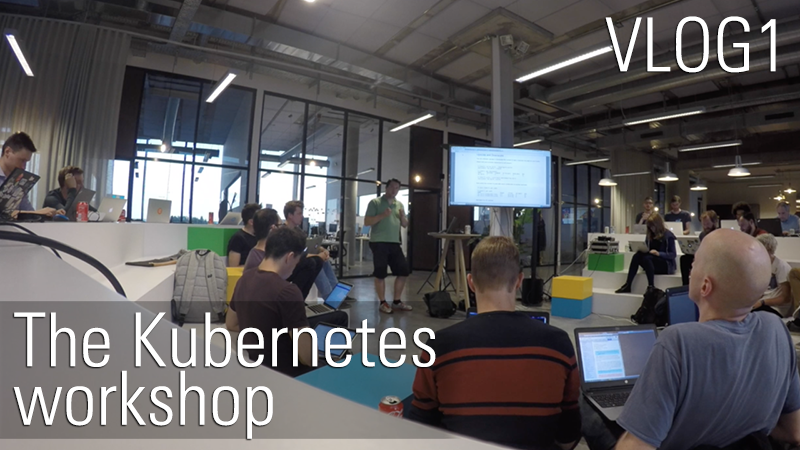 In case you wonder what Kubernetes is. Here’s the definition:

Kubernetes is an open-source system for automating deployment, scaling, and management of containerized applications.

It’s a way to schedule and orchestrate containers on a cluster of servers. The main use case is Docker, but Kubernetes also supports other containers engines.

I recorded a vlog episode that features the event, but that also showcases a sample application. So it’s part trip report, part tutorial. Check out the footage for the Kubernetes workshop in Gent:

The Hello NodeJS sample application was part of Benjamin’s workshop. Since I talk about it in the video, I decided to upload the code to Github.

In short here’s what every file does:

Want to learn more? Go to the Kubernetes website to read the docs. First I would advise you to read about the core concepts before eventually reading the full documentation.

There’s an interactive tutorial on the Kubernetes website that takes you on a journey to learn Kubernetes.