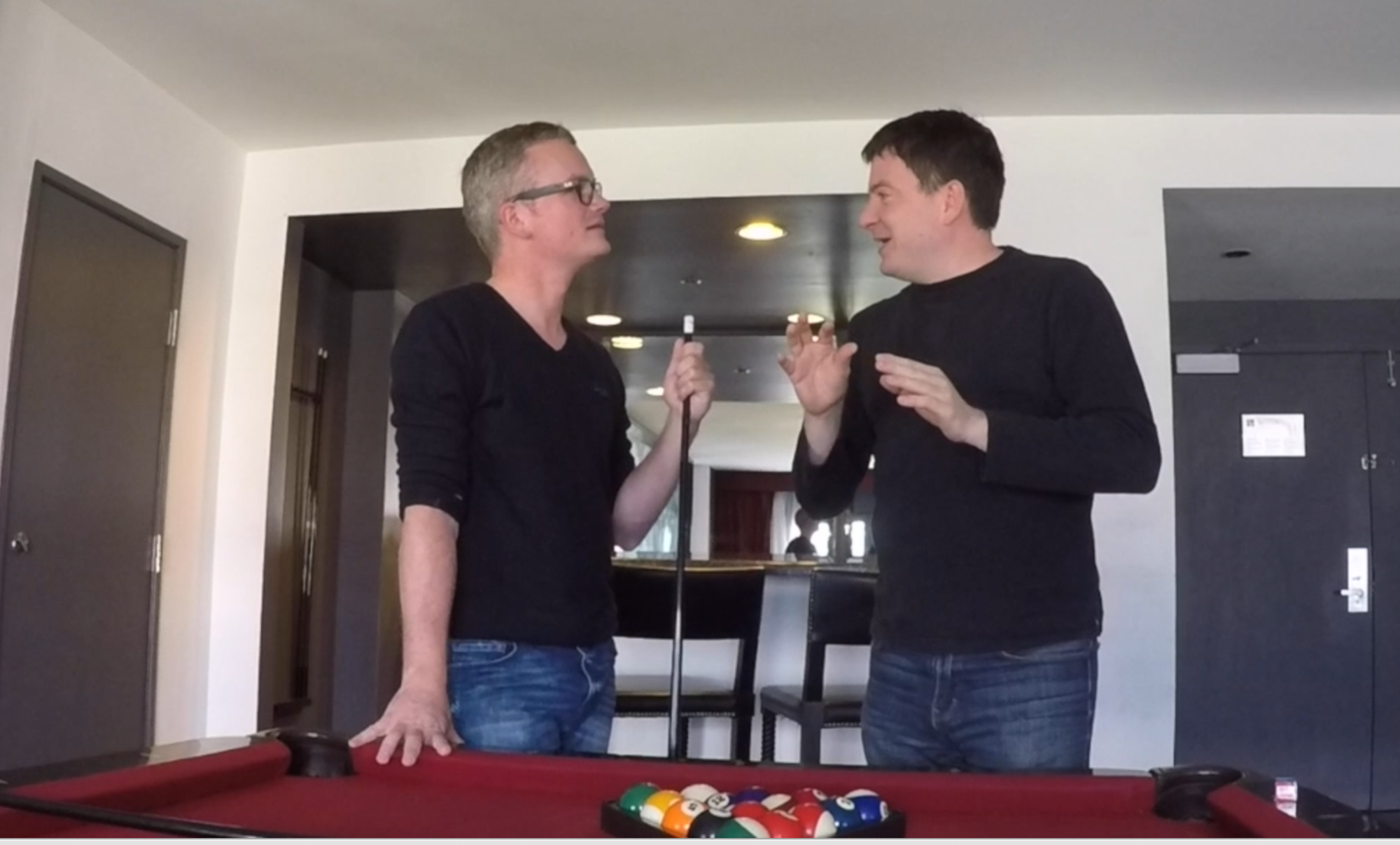 Last week I was in Las Vegas for Zendcon. I had the pleasure of catching up with my buddy Christian Wenz.

Christian lives in Munich and he co-owns Arrabiata Solutions. He’s also a consultant and focuses mainly on the web in general. The thing with Christian is that he is both a Microsoft MVP and an established PHP community member.In the interview we talk about the difference between PHP & .NET for web projects and also about both communities.

The second part of the interview is about Las Vegas. Sin City is a place you can love and hate at the same time. We talk about hotels, shows and more.

Here’s the interview that was recorded in the Jimmy Hendrix Suite at The Hard Rock Hotel & Casino. The first part was done in the couch, the second part near the pool table. Nice setting if you ask me …

If you want to listen to the interview in your car or while you’re jogging, check out the audio-only version on SoundCloud: