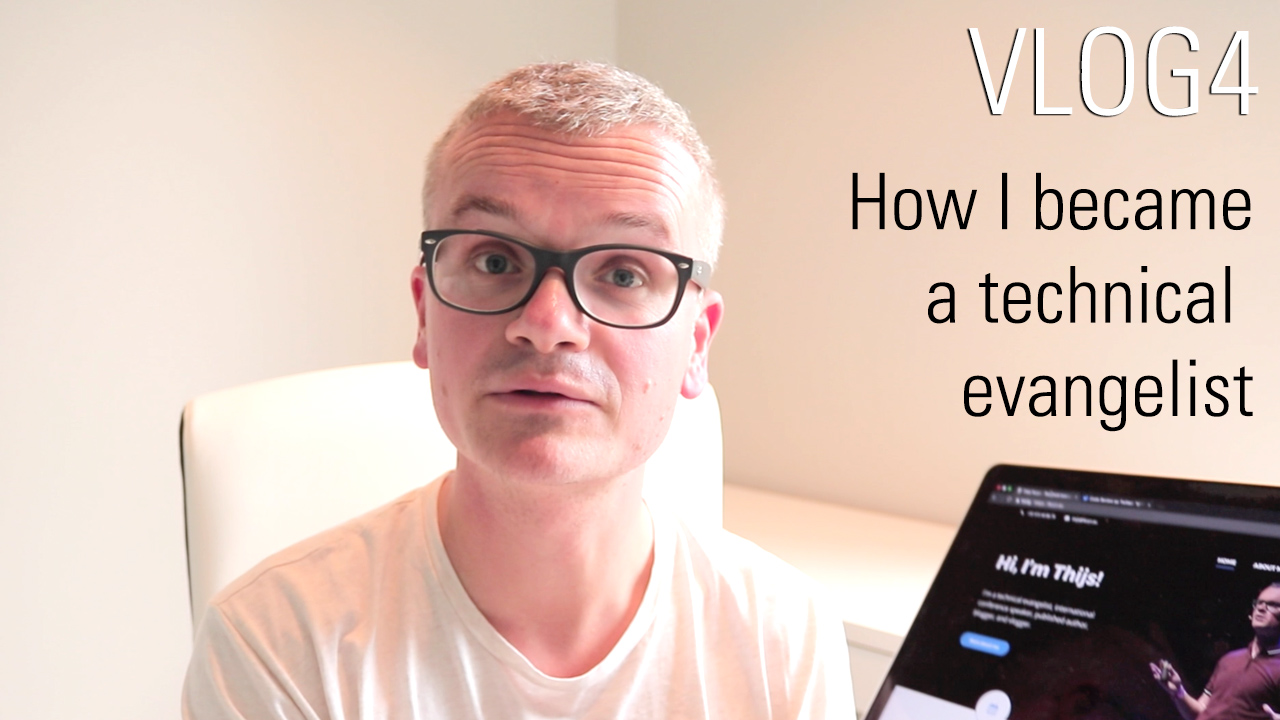 How I became a technical evangelist: the video footage

I recently tweeted about my new website, which is something I’m quite proud of.

Finally consolidated my blog, my speaker site, and my book site to a single website: https://t.co/6PB4L8pf0a

That very same day, someone replied to my tweet:

have you ever spoken, or written / blogged about becoming / how you became a technical evangelist?

The question was if I had every written or blogged about becoming a technical evangelist.

The answer is no, and I’m about to right here, right now.

In order to explain how I got the job, we need to go all the way back to my childhood.

As a Dutch speaking Belgian, you’ll learn multiple foreign languages as a kid.

But most of the cool shows on TV are in English anyway. So as a kid, you quickly pick up some basic English. Your vocabulary and grammar evolve as you get English classes in school.

Languages are something I’m quite passionate about, and that was clear very early on in my childhood: I love to dig into accents, and dialects. I’m also interested in some of the cultural aspects that surround certain languages.

I suck at maths

Because I suck at maths, my school counselors advised me not to pursue a career in IT. Linguistic studies were supposed to be more my thing.

Remember we,’re talking 1999: no one had any clue how the internet would change the world, and that communication skills are very relevant in an IT-driven society.

I stuck to my guns, studied applied computer sciences, and got my bachelor’s degree in 2004.

Before graduating, I had to do an internship, combined with a thesis project. Instead of just doing this in Belgium, I became a foreign exchange student and traveled to Finland via the Erasmus programme.

Some of the advantages:

At that point I knew that I eventually had to find a job with an international aspect to it. Becoming a technical evangelist was not something I was considering back then. It was the year 2004, the internet was in a different place.

At the end of my stay in Finland, I had to decide what my next move in life would be.

Continue studying and try go get a master’s degree, or apply for a job. I went for the latter and replied to a job application at Combell, a small Belgian hosting company in Gent.

I knew Combell, because I had bought hosting with them in the past, and a buddy of mine did some summer jobs there while he was getting his degree in IT.

A career at Combell

In July of 2004, I went to a job interview at Combell and they liked my profile. For 2 very specific reasons:

Quite the irony, if you think about the advice that my school counselors gave me.

13  years later I still work at Combell, my career is thriving, and it’s an ambitious company to be part of. At this point, we’ve formed a holding structure that is called Intelli.gent that holds a bunch of hosting companies.

Although I brand myself as a Combell employee, I do work for most of the companies in our group.

I started out in 2004, was promoted in 2007, and became the Support Manager. I ran the tech support team until 2011. That’s when I became a technical evangelist.

Support experience as the foundation of tech evangelism

Working in tech support was great! Using a mixture of skills to help out clients is a great way to spend your day:

Believe it or not, the skills you need in tech support are remarkably similar to the ones you need to be a tech evangelist.

The only limitation for me was the lack of opportunities to broadcast my message: it was always 1-to-1, and that seemed a bit inefficient to me.

In 2007 I attended my first conference. It was the International PHP Conference in Frankfurt, Germany.

Honestly, the conference wasn’t that good, but I was inspired none the less. The fact that conferences and public speaking can have such an impact, made an immediate click in my head.

Right there, right then, I knew I wanted to become a public speaker.

And from that moment forwarded, I attended hundreds of events. But unfortunately, there’s a big difference between wanting to become an international conference speaker, and actually becoming one. It took me a lot of effort to reach that point.

In 2008, I did my very first presentation: a talk about professional PHP. It was at the college I graduated from in Kortrijk (Belgium). Here are the slides:

I admit, it wasn’t that spectacular: boring slides, no personal presentation style yet. Little experience, but it was a start.

A big boost for my personal brand, was my association with PHPBenelux.

Back in the day, the Belgian PHP user group was called PHPBelgium. Combell often provided a venue and logistical support for the meetups, so I was in close contact with the PHPBelgium leadership.

Eventually I joined PHPBelgium, and after some time we merged with the Dutch PHP user group and became PHPBenelux.

The goal of the PHPBenelux user group was to organize a conference in Belgium, which happened in 2010. The fact that I was part of the leadership of an up-and-coming conference, was a major boost for my personal brand.

The opportunity to become a technical evangelist 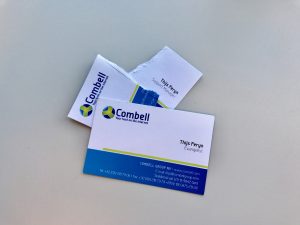 Although officially I was in charge of the support team, I focused a lot of my time on PHP development, PHP community work, personal branding, and public speaking.

I was fortunate enough to have a really solid team, with a couple of ambitious colleagues who could run the show while I was at events.

Later in 2010, I sat down with management: they saw the potential, and they understood that it would be better for the company if I ventured out and promoted technology forCombell, rather than running the support team. The decision was made easier by the fact that it wasn’t too hard to appoint a successor. I had a really good team, with quality people.

We made it official, appointed a successor for my role as support manager, communicated about it, and made it happen. On January 1st 2011, I was officially a technical evangelist. OH BOY!

The first months were interesting. I still used business cards back then, and they had Evangelist printed on them.

Explaining and justifying my job title to the outside world was tedious. But it was a conversation starter, which was a plus!

Prior to being a technical evangelist, I had already done a bunch of presentations, even abroad. The switch I made was more of a confirmation of my commitments, rather than the start of something completely new.

I had a lot of conversations at local and foreign events, I started evangelizing PHP best practices, started a blog, and started tweeting. 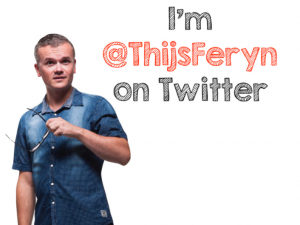 Every time I spoke at an event, I included my Twitter handle in the slide deck, which quickly increased my following.

My first priority is to get the attention of the crowd. I accomplish this by making my slides very visual, with few bullets, and limited amounts of text.

I engage with the audience, I try to look confident, I smile, I make jokes. Once I get the attention of the crowd, I deliver a presentation that is technically sound. I can’t afford being a bullshit artist, the content has to be right!

Another trick that helped me a lot, was a speaker website. On https://feryn.eu/speaking, I list all my past and upcoming presentations, even the small meetups, and corporate events. The sheer volume was often leverage to get me into bigger conferences.

After a while the leverage became bigger and bigger. At this point I’ve done 271 talks in 21 countries.

I love doing small meetups with only a dozen of attendees, but I also adore speaking at big conferences with more than 1000 people in the room.

A couple of years ago, I started watching certain vloggers on Youtube. The content they produce is so refreshing, and non-conventional. I loved it. Guys like Casey Neistat, and Spencer Owen inspired me to try vlogging myself.

Although Casey Neistat is a world-class vlogger, the basic idea seems quite simple. I got me some gear, and started recording some interviews, and trip reports while I was on the road.

The goal was to showcase my presentations, and show a bit of “behind the scenes” footage.

I also shoot videos that aren’t necessarily related to my job. The goal for these videos is to generate views via search results in Youtube, and get extra subscribers. Here’s such a video that does well:

The video that has the most impact from a technical perspective is my PHP 7 video:

Because it was launched the same day as PHP 7 itself, Youtube ranked it quite well. Right now, It’s the number one search result for PHP 7 on Youtube. A good way to boost the personal brand.

I also make football vlogs in my spare time. I’m one of the main vloggers for Club Brugge and those videos get up to 47000 views, which is crazy. The football vlogs are a great experiment. Not only is it a way to combine several passions of mine, it’s a great playground to experiment with video and social media. 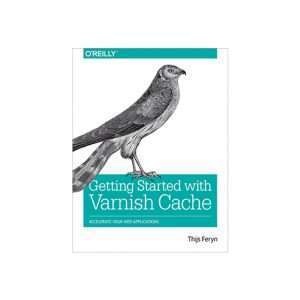 One piece of technology that caught my eye back in 2010, is Varnish. It’s basically a reverse caching proxy, that dramatically speeds up your website. It’s ideal for slow websites, but also for websites that receive lots of traffic.

I’ve done tons of Varnish presentations, I blog about it, and at Combell we use it all the time. My effort and presence in the conference scene caught the attention of Varnish Software, the commercial entity behind the open source project.

Their next invitation caught me off guard:

Big one for me! I knew I had it in me to become a writer, but I didn’t believe the time was right. Nor did I believe my personal brand was big enough to be involved with publishers like O’Reilly. The fact that O’Reilly was involved, made it a no-brainer.

In terms of credibility this is a great boost, and I already got some speaking engagements thanks to the book. Combell also uses it as a marketing instrument. Although I don’t believe the book will become a bestseller, it’s still a tool that will accelerate my growth.

As I mentioned in a previous vlog: it’s a marathon, not a sprint.

It makes sense to leverage the book and do a bunch of Varnish talks and workshops. I have an upcoming Varnish workshop at Symfony Live in Berlin. It’s a 6-hour in-depth workshop, which will be challenging, but fun.

I also want to repackage that content to create an online course about Varnish. I’m in the process of looking at companies, and finding the best deal in terms of exposure, and T&C.

But I don ‘t just want to be known as “the Varnish guy”. I want to explore other technologies. I have my PHP history, which is cool. But, Docker and Kubernetes are definitely my cup of tea, and I look forward to gaining more experience, and eventually doing presentations about it.

I’ll continue blogging, and vlogging. I’ll do more tech tutorials. And I’ll keep an eye out for opportunities that occur along the way.