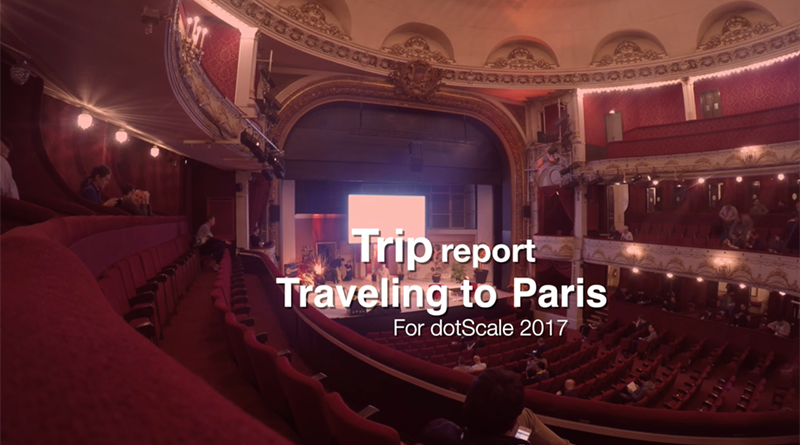 dotScale is web performance, devops, and distributed systems conference in Paris. I’ve been attending the event for 4 consecutive years now and it continues to inspire me. It is a tech event, but it’s more about ideas and inspiration, than hardcore “code on screen”. This year they didn’t even provide wifi and advised against bringing your laptop.

So yeah, this is another trip report where business mixes with pleasure. I hope you enjoy the footage and I hope you’re convinced to attend next edition.

dotScale is hosted in the magnificent Théâtre de Paris, right in the Montmartre area. It’s an old-school theatre with balconies and booths. Very elegant and a great setting for such an event.

The dotScale conference is not an event on its down, it’s part of a group of events that are organized in Paris by the dotConferences crew. For reasons of efficiency, the dotSecurity and the dotAI event where organized the same week.

I want to congratulate Sylvain Zimmer, the main organizer of the event, for continuously hosting top-notch events!

It’s not easy to host a tech event where the content is more inspirational than technical. But the organization and especially the speakers seem to pull it off year after year. Check out this year’s speaker lineup.

A couple of personal highlights:

Paris in spring is a great place to be. I enjoyed my stay at the Mercure Paris Montmartre Sacré Coeur. I can recommend this hotel, because it’s modern, affordable and close to the conference venue.

Please attend dotScale next year, it’s a great way to follow up on some of the trends in the wonderful world of scalability, devops and distributed systems.

And by the way: