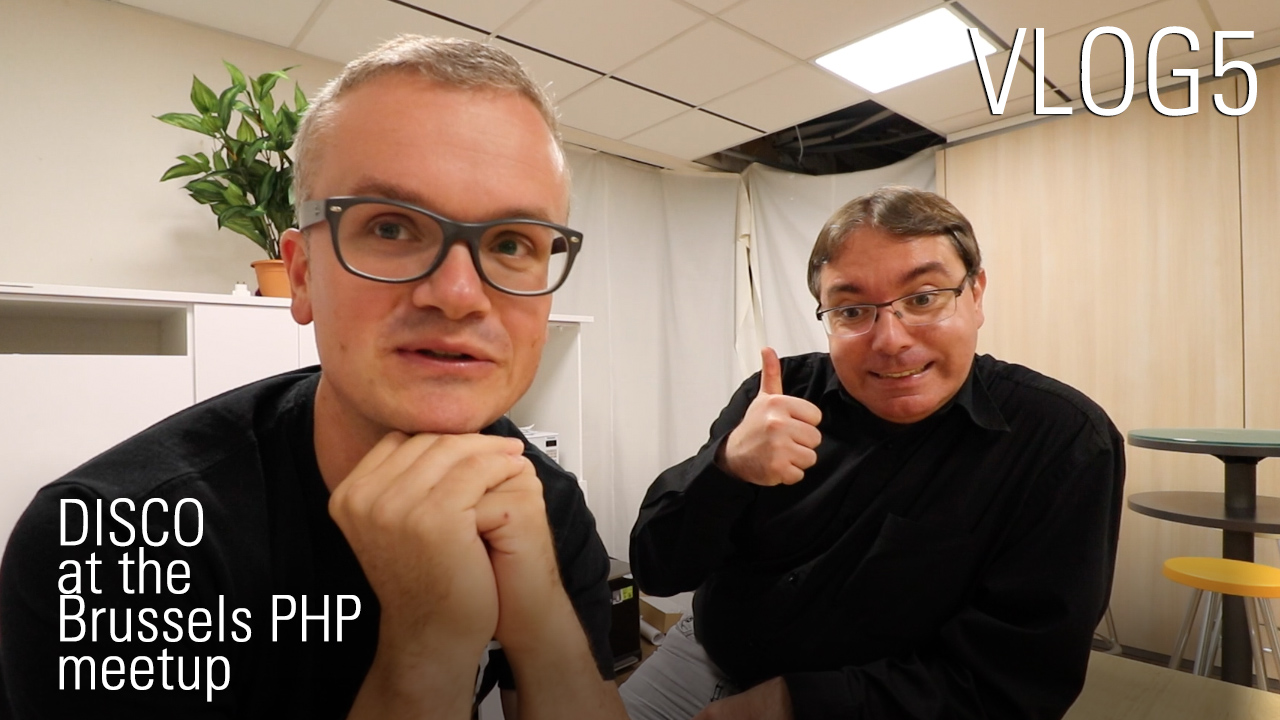 DISCO is a new take on dependency injection in PHP. It stands for “Dependency Injection Service COntainer” and is a project that is managed by my friend Stephan Hochdörfer. Stephan is a fellow conference speaker from Mannheim in Germany. We met years ago in Amsterdam, when we were still in the early stages of our speaking career.

You can find the code for DISCO on GitHub, but when you use this dependency injection container, you’ll probably load it via Composer.

Stephan traveled to Brussels, to speak about DISCO at the Brussel PHP meetup. The meetup took place in the Cu.be offices in Zaventem.

I was there and recorded the following vlog: