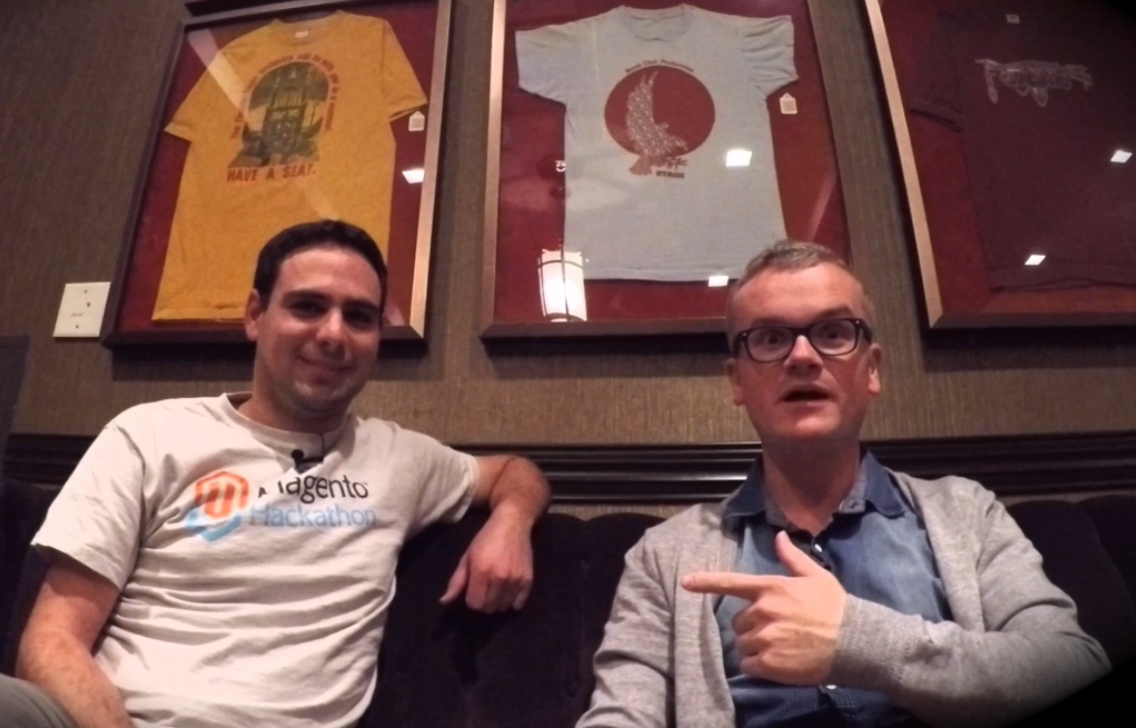 This is the last episode of the Zendcon 2015 series. And the term “last but not least” definitely applies here.

I had the pleasure of having a great conversation with Fabrizio Branca. Fabrizio was born in Italy, raised in Germany and currently lives in the Bay Area, near San Francisco. He is a well-respected member of the Magento community and has a bunch of Magento modules to his name.

It comes as no suprise that the main subject of our conversation was about Magento. We also put a lot of emphasis on Magento 2, which is out now. At the time of the interview it was still referred to as “the upcoming release”.

Fabrizio works for AOE, a German-based company that focuses on open source software. It was actually thanks to AOE that Fabrizio and his family were able to move to San Francisco. He started a team out there and has been living in the Bay Area for a number of years now. We talk about that as well.

Let’s have a look at the video

The video was still recorded at the Hard Rock Hotel & Casino in Las Vegas, but it was at the event. So we were forced to have the conversation in the hallway. Hence the poor video quality.

For those who want to listen, you can play the embedded clip or just subscribe on SoundCloud or iTunes. Yes I’m on iTunes now.